The development, implementation and monitoring of rights-based national migration policies and strategies require greater accountability and coordination of trade unions from countries of origin, transit and destination.

The regional project "Promoting Migration Governance"- PROMIG-FES (2017-2020) reflects the continuing support of the RSMMS by the Friedrich Ebert Foundation in Tunisia. It revolves around the idea of promoting the role of social partners, in particular of trade unions, in the joint governance of migration, rights-based mobility and social dialogue. The project follows a multi-stakeholder approach and a multidimensional perspective. PROMIG-FES fosters a more diverse discourse on labor migration through its pilot activities, alternative to the dominant security narrative.

Promoting the role of trade unions in the joint governance of migration, rights-based mobility and social dialogue

The project is funded by the German Federal Ministry for Economic Cooperation and Development (BMZ).

Created in 2014 (see the Casablanca Declaration), the RSMMS brings together unions that have chosen to raise as a part of their agenda the protection of the fundamental rights of migrants and their families as well as the protection of the rights of those workers who transit or settle in their country. Together, the RSMMS member unions unite with the aim to develop joint and coordinated approaches between trade unions in the sending and receiving countries to articulate trade union solidarity and to harmonize the actions of the member unions in the field.

Three areas of intervention are prioritized by the RSMMS members: 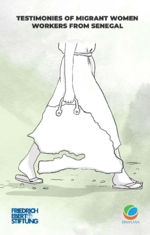 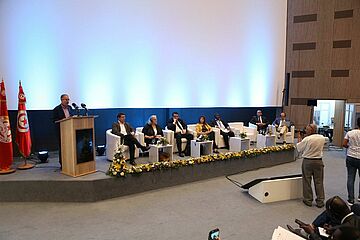 The Fifth General Assembly of the RSMMS was a major trade union event on migration issues. From 2nd to 4th July 2019, thirty organizations and more… 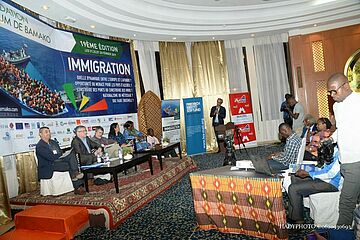 In the 19th edition of Bamako Forum, this year the theme of migration dynamics between Europe and Africa was covered. This topic was tackled by a… 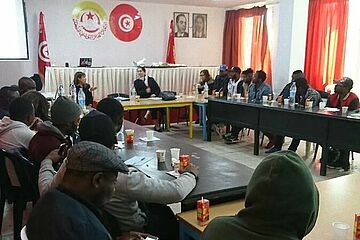 A meeting with members of the migrant community of the Sousse region took place on Sunday 17 February. The workshop brought together around thirty…

Seven years after the Arab uprisings, the social situation has deteriorated across the Middle East and North Africa (MENA).

FES and SADAQA, an organisation that promotes women’s economic rights, have recently released the results of a study on transportation obstacles…