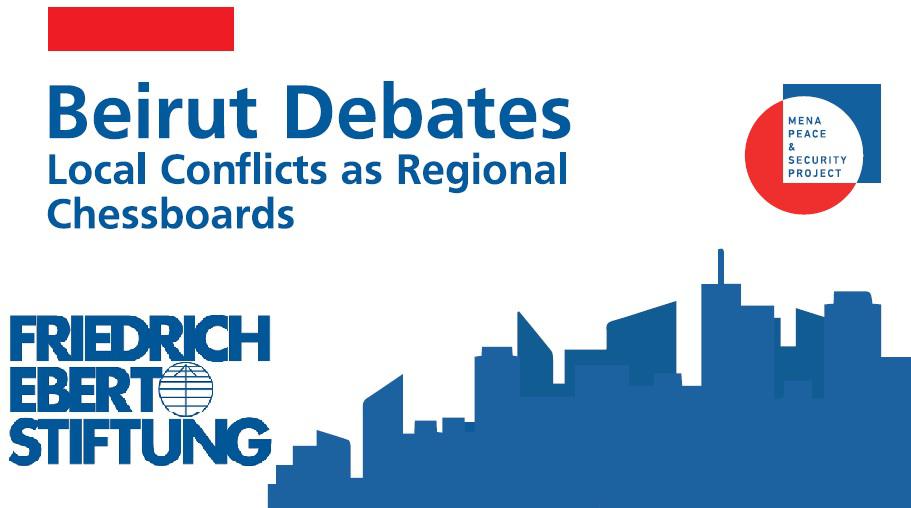 On 28 and 29 January 2020, the FES project on Peace and Security in the MENA Region successfully launched its new Beirut Debates conference series. The Beirut Debates is a rather unique ‘think-and-do’ format that brings together experts from the region to provide a contribution enriched by local expertise to the ongoing policy debates about conflict resolution in the Middle East.

The Beirut Debates series focusses on the role of regional actors in local conflicts. It tries to explore case by case incentives to stop the ongoing violence in Syria, Yemen, Libya and Iraq and searches for incentives for cooperation on a regional level that would allow to build trust between the main regional actors and work towards conflict prevention in the future.

The opening conference, which included experts from the whole MENA region, provided a well-informed overview of the current state of major conflicts in the MENA region. Participants addressed the interlinkages as well as the different layers of conflicts and elaborated on the interests of key regional players such as Iran, Turkey, Saudi Arabia and the United Arab Emirates. In addition, the roles of Russia, the U.S. and European actors were discussed critically. Participants had little optimism that a regional dialogue could start without solid political gestures. Rather dialogue should be sought at a sub-regional level using an approach of compartmentalization.

The kick-off conference set the scene for the following workshops which will focus on the conflicts in Yemen, Iraq, Syria and Libya.

Once the workshops are finalized, a publication will summarize the key recommendations which will then be presented to policy makers in European capitals and the United States.