The current distribution of care work1 is a manifestation of the inequalities that women face under the patriarchal and capitalist socio-economic system that is governing our societies. It is one of the main barriers that hinder women’s advancement in the political, economic, cultural, and social spheres. This is due to the conditions of that kind of work which limits them to the private sphere, deprives them of financial emancipation and sinks them into so called time poverty2.

The media in the Arab world perpetuates this inequality by continuously re-affirming the stereotypical gender division of labor3. Through the discourse that the mainstream media uses, women are strictly and informally advised to conform to the rigid feminine mold that society has set for them even though family dynamics have been changing for years. Although men also experience some backlash when drifting from their societal masculine image, they are not as negatively affected as women. This is due to the social hierarchy that presumes that men are at a higher rank than women and would always be so, regardless of their actions. When women’s behaviors and actions are disapproved by patriarchal media, they are accused of being selfish, ab-normal, immoral and negligent towards their families. But when their actions and behaviors are approved, women are linked to gender-stereotypical “manly behavior” and are praised and described through idioms as “sisters of men” or “equal to 10 men”.

This negative stereotyping, however implicit or explicit, is evident in how the media portrays mothers who participate in the labor market or even women who simply persist to exist in the public sphere, such as protesters. Not only are these women often asked about their care responsibilities in unrelated contexts by the media, but their work or activism are portrayed as secondary and supportive to the work and activism that men perform. This type of portrayal limits women’s resources and opportunities, diminishing their chances of succeeding in an already hostile public environment.

Nonetheless, it is important to note that there is a dynamic relationship between societies and the media. That relationship requires both readers and content providers to actively participate in a dialogue that is continuously evolving. Therefore, it is vital for audiences to respond to such negative stereotypes and counter those narratives that are constantly presented to the public.

Moreover, with emerging progressive independent media platforms across the region, feminist voices that call for positive change have been increasingly amplified. This presents an opportunity to bring the issue of care work to the forefront of public discussion as well as to detangle the negative gender perceptions that the media has taken a major part in imposing.

Lastly, although many journalists across the region have been tirelessly shedding light on feminist issues and making sure that women are not represented stereotypically, many more are needed to join in and break these stereotypes. Here, gender-transformative trainings for journalists and media professionals are essential to ensure that those who want to contribute to positive change have the tools to do so.

1Care work consists of paid or unpaid activities that are performed in service for others. This includes activities like cooking, cleaning, washing clothes, and providing physical and phycological support to children, the elderly, or persons with disabilities. These activities are vital for functioning and healthy societies.

2Time poverty refers to having little time for leisure and self-care activities outside of work.

3Gender division of labor refers to the patriarchal social contract which states that within the family, a man must assume the role of “bread-winner” while a woman assumes the role of “care-giver”.

4Gender transformative approaches are those that aim to create positive change towards gender equality. 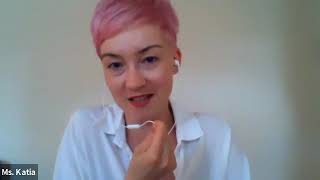