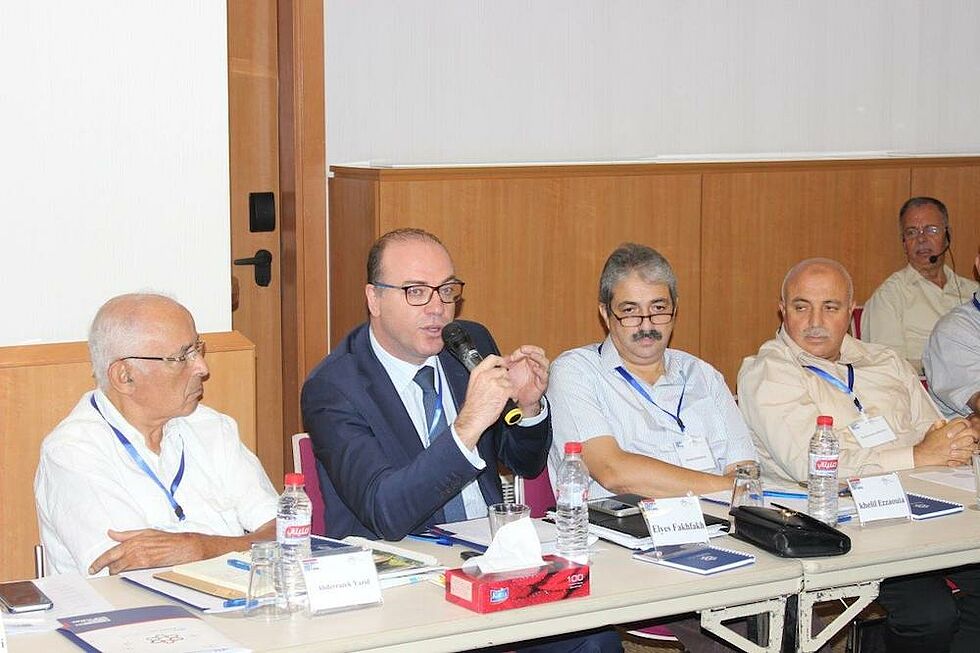 The National Workshop on the economic challenges of Tunisia was separated into two activities: The first was a public event with two presentations by Mr. Taoufik Rajhi, the Minister of reform initiatives, and Mr. Hafedh Lamouri, a former minister of employment. These presentations were followed by a panel discussion around fiscal policies and social redistribution in Tunisia and the current employment policies in the light of social justice.

The second activity was the expert workshop with participants from academia, civil society and politics. During this one-day workshop, four axes of economic policies were debated. Concerning fiscal policies, the participants underlined the need to reform the financial legislation and that strong and independent institutions that are able to enforce any reforms on the ground as well as the need to curb corruption and enable good governance are paramount.

In the discussion about external trade, most participants of the workshop stressed the necessity to revise current projects of the opening of the Tunisian economy. They emphasized that Tunisia needs to find new trading partners in order to strengthen its position in regards to different international trade agreements which are currently negotiated. The most prominent discussion focuses at present on the ALECA trade agreement with the EU.

The participants equally gave their feedback towards the “Discussion Paper” on economic reforms in the MENA regional that was elaborated by the Core Group of the regional project and was enriched and informed by the debates in the national context.