This year's summer was, to say the least, exceptional. While the world was facing a new wave of Covid-19, a series of forest fires broke out in different parts of the world: Turkey, Greece, Italy, Russia, the United States, Canada, Lebanon... 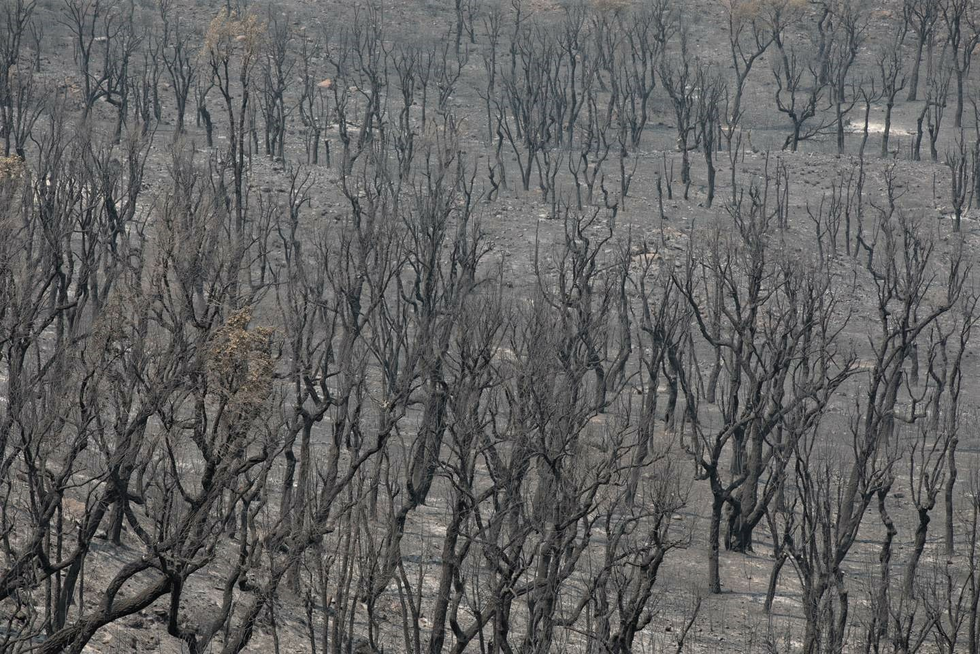 In Algeria, a very heavy toll was recorded. Forest fires have ravaged more than 89,000 hectares across 35 wilayas of the country where a total of 1,186 fires have been recorded[1] causing the death of at least 90 people, including 33 soldiers, according to various reports from local authorities and the Ministry of Defence.

First, it is worth remembering that in normal times, forests need fire. Surprisingly, they are as vital to the forest as sun and rain. Forest fires eliminate the trees that are most vulnerable to insects as well as to disease. They also promote the growth of young plants by providing openings for the sun to reach them. Some conifer species even need the heat of fires to open their cones and release seeds that will, in turn, give rise to new trees.

That said, forest fires, which are part of the natural disturbances essential for new growth, are in principle of natural origin. They are caused by "lightning" and account for less than 10 percent of fire starts worldwide. In contrast, 90 per cent of forest fire starts are man-made. Among the most frequent sources of fire starts are acts of malice, private and agricultural forestry work, various carelessness, dumping of rubbish, re-starts of fires, etc.

If the forest regenerates normally after a fire, the passage of successive fires can compromise its durability. The current climatic situation presents another difficulty for forest regeneration. The lack of regeneration can be explained by the absence of favourable conditions for seed germination, either because the seed trees do not produce fertile seeds[2] or because of the lack of rainfall.

Fire frequency is a very important variant in this equation. If the fire cycle is less than 30 years, this can lead to a progressive regression of a forest into scrubland, which is a characteristically scrubby vegetation of the Mediterranean landscape.

However, it would be legitimate to ask what makes forest fires not only more frequent, but also more violent and remarkably uncontrollable.

It turns out that forest fires are frequent during the dry season, which runs from early June to late October each year. During this period, vegetation is under water stress. Plants lose a significant amount of water absorbed through the process of evapotranspiration in order to reach a certain temperature equilibrium. The vegetation dries out and thus provides excellent fuel for fires.

The Mediterranean "a hot spot" for global warming

While our world is currently experiencing major climatic upheavals, the increase in the average temperature of the planet continues to rise. The Mediterranean is no exception, especially since a new UN report says the region is becoming a global warming "hot spot". The interim report of the Intergovernmental Panel on Climate Change (IPCC), published in August, is also alarming.[3]  Over the next few decades, temperatures are expected to rise faster around the Mediterranean than globally. As a result, the area of burnt forest could double or triple, depending on efforts to reduce greenhouse gas emissions.

With large areas of dry vegetation, fires will spread faster and be more difficult to respond to. We will therefore be faced with a vicious circle: forest fires are made worse by global warming and will release more carbon dioxide (CO2), which in turn increases global warming.

The impact of forest fires

Our forests, which have become highly exposed to the hazards of global warming, are our best allies in mitigating the effects of climate change. They are what we call 'carbon sinks', absorbing and sequestering carbon, thereby reducing its concentration in the atmosphere. Forest ecosystems provide other services known as 'ecosystem services'. Free services that will not only help us mitigate the effects of climate change but will also help us develop adaptation plans based on their many services.

Other environmental and health impacts of forest fires include effects on soil composition and structure, micro-organisms, vegetation dynamics, wildlife, landscapes, the water cycle, water quality, etc. There is also the risk of flooding, which can lead to the loss of biodiversity. There is also the risk of erosion. The exposure of soils and the modification of their structure by fires increase this risk, especially on steep slopes such as in the mountains.

The effects on physical and mental health are numerous. Fine particles in the smoke generated by fires make breathing difficult and can aggravate heart and respiratory diseases.[4]  The effects of forest fires on mental health are also a major concern. Unexpected evacuations can be traumatic, putting people under high stress for long periods of time, which can have a significant impact on mental health.

Forest fires also have a significant economic cost. This is divided into direct costs, such as firefighting, material damage (houses, infrastructure, vehicles), destroyed forests, loss and deterioration of ecosystem services, etc., and indirect costs such as loss of uses, restoration of vegetation and landscapes, impact on the tourism and leisure economy.

What can be done to prevent forest fires?

To adapt to fires that may become more frequent and intense, a fire prevention strategy must first be put in place. This strategy must be thought of as a system integrating different sectors. Awareness raising through the integration of civil society is essential. Mapping of fire-prone areas will help to predict the risks. Seasonal cleaning and linear forest cutting (firebreaks) are important interventions before the start of the dry season.

Given the current situation, training of foresters and acquisition of monitoring and intervention equipment are the most urgent priorities.

And after the forest fires?

Contrary to the immediate reaction of citizens calling for the reforestation of burnt areas, specialists recommend waiting between one and three years to give the forest time to regenerate naturally. Thus, we must be careful not to act too hastily or rashly. We must start with what is urgent to do after the damage has been assessed. This includes assessing and preventing erosion risks, controlling health risks (fine particles, animal corpses, etc.), pruning deciduous trees, and then cutting down damaged conifers according to the specialists' audit.

As mentioned above, due to climate change, forest fires are likely to become more frequent and intense in Mediterranean countries. It is therefore essential to put in place a strategy to prevent and combat forest fires, which are classified as one of the ten major risks listed in Law 04-20 of 25 December 2004 on the prevention of major risks and disaster management in the context of sustainable development. This should start with awareness raising and training of citizens in the framework of a possible national adaptation plan to climate change. For living with natural disasters, including forest fires, can become part of our daily lives if nothing is done worldwide to take real action against climate change, whose serious consequences on humanity and planet Earth are now a concrete reality.