Australia's biodiversity is under increased threat. This time it is climate change. 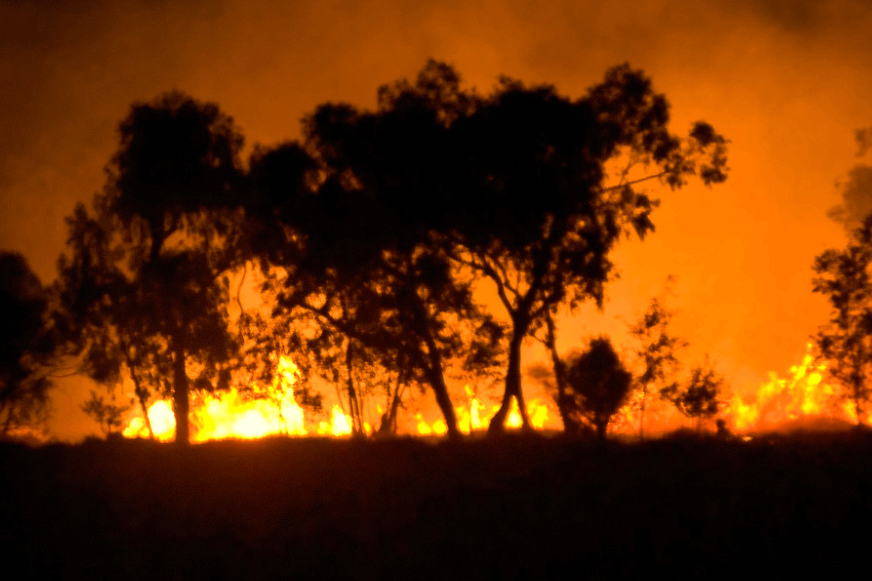 For Australians as well as the 8.5 million tourists that annually visit down under, this huge island that only featured on the world’s map so late resembles nothing but the Garden of Eden. Blue skies, white-sand beaches, sparkling water in lakes and rivers and air quality - most countries could only dream of. The tragic bushfires this summer in Australia are bringing to a halt the Garden of Eden and paradise on earth.

Australians residing in New South Wales and Victoria, the two most populated states, are not hanging their washing outside anymore to avoid it smelling like a bonfire, remaining indoors to evade the toxic air quality which is damaging their lungs, finding grim and ash coating their cars and houses and avoiding their beloved and beautiful national parks.

In the worst case, they lost their home, their farms, their goods and chattels. 18.6 million hectares have been burnt, 2,600 homes and 5,900 buildings destroyed and at least 30 people are confirmed dead.

Despite how devastating these numbers sound for the human population of Australia one cannot ignore the suffering of the non-humans who call Australia home. Australia as a nation has one adorable thing in its culture that most other nations do not have: they are very proud of the vast land of non-humans. The biggest share of land in Australia is not populated even on the East coast. Australia ranks seven on the list of countries with the highest biodiversity on earth: 80% of Australian plants, mammals, reptiles and frogs can only be found in Australia.

Only 10 months ago we were traveling, hiking and picnicking in the Blue Mountains, Snowy Mountains, on the Alpine way and swimming in Batemans Bay. Reading the famous Bill Bryson novel we knew that the three most dangerous snakes in the world were with us. But at the same time, we saw koalas and platypus – both unique to the burnt downland and both under threat.

But maybe this was the last time we were surrounded by these. The toll of animals lost so far is estimated at over a billion individuals as some of the important biodiversity on the planet. Around 331 species are estimated to have had more than 10 percent of their natural habitat burnt in all six states.

18.6m hectares have burnt down. 1.25 billion animals have been killed nationwide. When including insects which are essential for the ecosystem the number reaches into the trillions. Officials estimate the fires have burnt more than 80 percent of the unique ecosystems of at least 49 animal and plant species already listed as 'threatened'. 17 percent of the terrestrial area and 36 percent of the marine area are under protection in Australia – but when the fire comes, this protection is worth nothing. Animals and plants are most vulnerable in bush-fires but they are the only ones who don't have a lobby, a representative or anyone who fights for interests – apart from maybe the firefighters.

Australia's biodiversity is under increased threat. This time it is climate change. But the loss of biodiversity in Australia is following a larger trend. For a long time, Australians could proudly say that they managed to co-exist with their ecological environment while plants and animals have real control in terms of occupying land and deciding over life and death. They could also say that the Anthropocene, which is the epoch in which we humans have a significant impact on Earth's geology and ecosystems, has only reached some of Australia's nature. Mostly population rise, as well as the introduction of new species, have led to the largest documented decline in biodiversity in any continent in the last 200 years. And now there is also climate change.

The human-made climate change, caused by increased atmospheric concentration and anthropogenic net emissions of C02, has – among other factors– destroyed the ecosystems in this country in an unprecedented way.

In addition to the already extraordinary high emissions, the bushfires just added another 400 megatons of carbon dioxide on the Australian account. That is 75 percent of Australia’s annual carbon budget, for the recent bushfires only.

Decoupling economic growth from greenhouse gas emissions is a very painful process: Not only for large mining and coal companies but also for workers as well as the economy as a whole. A structural change of the entire economic growth model is needed which often results in many losers. Ever since the collation government of former PM Julia Gillard abolished the carbon tax, carbon emissions in Australia have been on a steep rise. Australia is the largest fossil fuel exporter in the OECD, making up 20% of the total. The per capita greenhouse gas emissions of Australians are the highest in the OECD! Hence, not only companies are afraid of the transition and fight it. Also, citizens and consumers will need to go through a behavioral change if they decide to keep within 2 degrees of temperature rise (a rise which by the way will cause many more extreme bushfires than the one we just saw).

Resource dependent economies with a similar structure to Australia are going through similar turbulences. This explains why the Australia, Brazil, Russia, Saudi Arabia and the US have successfully blocked any progress at the climate negotiations in Madrid last month: The five largest exporters of fossil fuels in the world. Their governments are denying climate change, are pulling out of the Paris Agreement and thereby violating international law (USA), are allowing large-scale deforestation (Brazil) or explaining the largest bushfires ever recorded to be a “complete normal phenomenon”.

Australia is at a crossroad: the question is whether the country prefers to protect the massive coal and mining industry (which has brought decades of prosperity and high economic growth) or whether it prioritizes the protection of the planet – which in Australia's case more so than other countries - means protecting its large wildlife population, great biodiversity, beautiful national parks, and rarely seen species.

Beau Wilson comes from Australia and is a passionate traveler, he works for a law firm based in London. Wilson currently lives in the Middle East with his wife Franziska Wehinger, the regional director of the climate and energy program at Friedrich Ebert Stiftung.

Gender and Climate Change in the MENA Region – Nexus or Opposition?

The climate crisis is increasingly getting attention around the globe, in part through Greta Thunberg and the movement Fridays for Future, as well as…