Article 6 could inspire countries to increase the ambition of their national targets at best. At worst, weak rules for Article 6 will encourage violation of human rights. Franziska Wehinger, the Climate and Energy Regional Project at Friedrich Ebert-Stiftung in the MENA region writing on COP25. 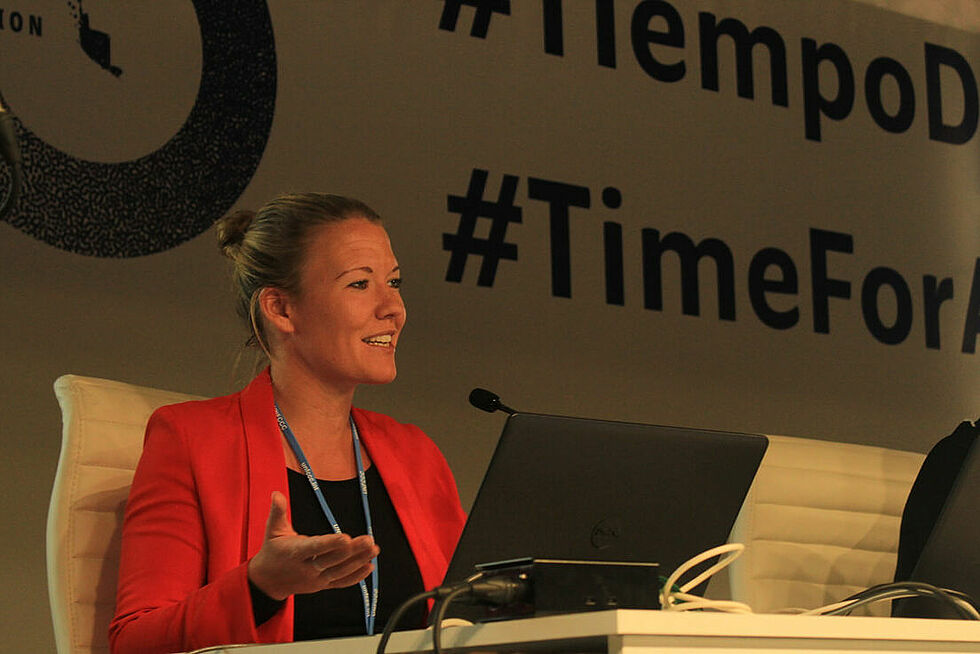 The Friedrich Ebert-Stiftung in the Middle East and North Africa (MENA) delegation was more present than ever in United Nations climate change conference of parties (COP25) in Madrid between the 2nd and 13th of December 2019, with 13 civil society delegates on 5 side events discussed with our main partner “Climate Action Network Arab World”, the young Arab energy experts and global think tanks such as REN21 and with the independent panel on climate change.

Even though the delegates have extended the negotiations for two days and tried to find agreements on crucial points such as the global carbon market, loss and damages as well as transparency, the results are not encouraging.

Beyond all slow-down of the negotiations and postponing towards the COP26, the FES MENA civil society delegation was traveling back from COP25 with a feeling of disappointment.

While the negotiators could agree on a common text concerning transparency and a watered-down clause on loss and damage, the most difficult point was Article 6 of the Paris Agreement: the carbon market.

Big economies such as Brazil, the US and Australia have singled out their interests in maintaining their fossil-fuel-based economic system and continuing sourcing profit of their extractive industries. They have successfully managed to reject the needed accountability towards greenhouse gas (GHG) emissions. One of the goals was to raise ambitions – something the EU has committed to with the announcement of the President of the European Commission of the “Green New Deal”.

Another goal was to find clear regulations for the global trade on GHG certificates – this goal was countered by Brazil who wants to use the old certificates of the market around the Kyoto Protocol, something that would ruin the entire market.

Among the Arab States, Saudi Arabia is part of this coalition of the few players that are currently hindering the implementation of the Paris Agreement. Next to the carbon market and transparency, Saudi Arabia resisted to relate the carbon market towards the respect of human rights and tried to forge coalitions throughout the two weeks. For the FES in the Middle East and North Africa delegation, this is an important part of the Paris Agreement as the climate justice and the transformation towards a more ecological and social global production matter and living are not to be thought of without the respect of human rights.

For the MENA region states, the third goal around the climate-related loss and damages is existential. The countries in the MENA region are especially affected by climate change and the discussion around the losses and damages in the region, does not only open funds for adaptation but also could reduce north-south inequalities. Developed countries were supposed to show solidarity with the least developed countries and those that will suffer the most from climate change.

As long as we are still emitting GHG (and we do that more than ever), COP is needed. Beyond the reduction of GHG, for poorer countries in the region, although the consensus found was minimum and experts say that even the vague wording in the Paris Agreement was stronger than the original text. COP is a meaningful event for bringing the world to work together. New alliances are being created, the coalition of states and municipalities in the US that are very ambitious.

High expectations are now relying on the next COP26, that will take place in November 2020 in Glasgow, UK. Non-state actors are more important now than ever.