Throughout the Middle East and North Africa (MENA), young people make up a large part of the population, and yet they are often not involved in political decision-making processes. Young people who felt politically and economically marginalised and not taken seriously by those in power, played a significant role during the uprisings of 2010/11.

Since then, however, young people have seen very little change in their situation, and the dynamics of the youth protests could not be channelled in a way that would have led to institutional integration or tangible structural changes. The integration of young adults into public life and political decision-making processes is thus still inadequate. For sustainable democratisation and development, however, youth representation and participation are indispensable — long-term political change is barely conceivable without generational renewal.

In all the MENA countries where the FES is represented, it promotes young people within the Young Leaders Programme. This programme offers methodological and political training through which participants can develop personally and in terms of thematic knowledge and learn core skills. By addressing central political issues, young people acquire the ability to introduce current socio-political positions into public discourse. In the long term, the FES hopes to promote young professionals at both the national and regional level and to contribute to opening political structures to young actors and integrating the interests of the younger generation more effectively.

The FES MENA Youth Study is a large-scale representative survey of young adults in the MENA region which is coordinated from Tunis. The results of the first survey conducted in 2016 offer insights into the attitudes to life, self-image, and perceptions of the future of 9,000 young people between 16 and 30 years of age. The second survey was carried out in 2021; its results are currently being analysed and will be published in Arabic, English, French, and German. 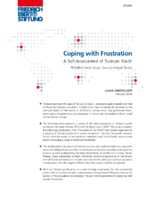 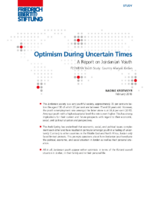 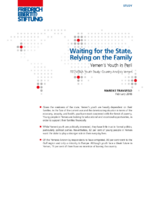 Waiting for the state, relying on the family 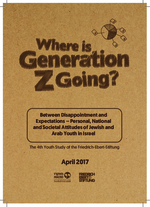 Where is generation Z going?

Between disappointment and expectations - personal, national and societal attitudes of Jewish and Arab youth in Israel : the 4th youth study of the Friedrich-Ebert-Stiftung
Herzliya, 2017

The future of youth in Europe and Israel

social exclusion and the quality of democracy
Herzliya, 2015 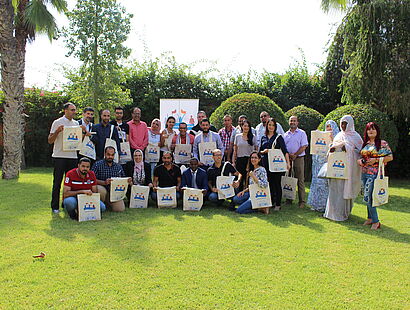 In 2015, five years after the Arab Spring, the Friedrich-Ebert-Stiftung assigned TNS Infratest, in collaboration with a scientific... More