On the sidelines of the FES Peace and Security Summer Academy, FES MENA interviewed Joost Hiltermann, the Program Director, Middle East & North Africa, at the International Crisis Group and discussed security crises and stability discourses in the region. 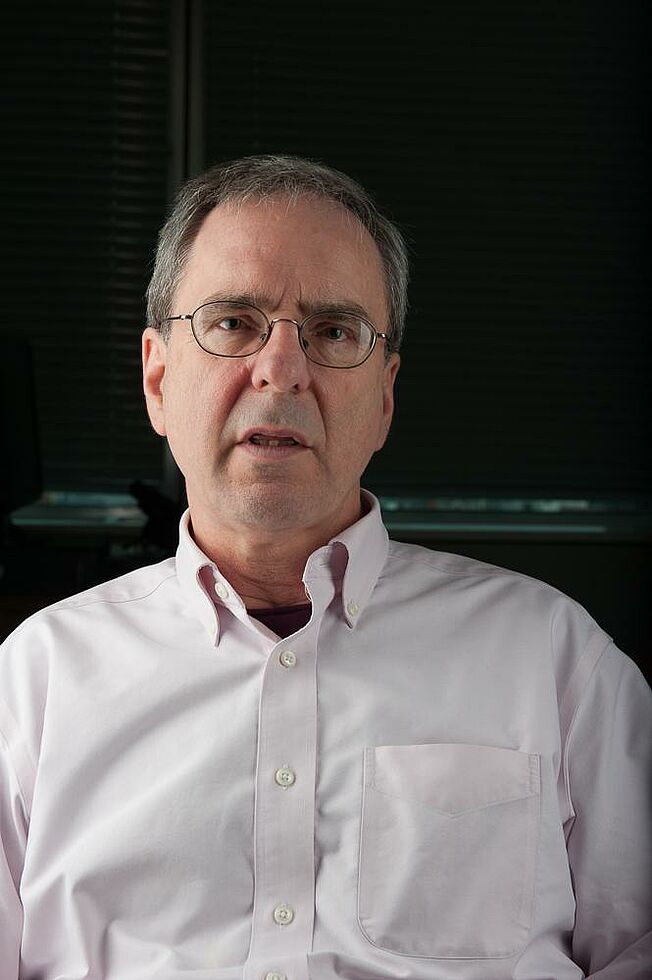 FES MENA: Since the popular uprisings in 2011, the Middle East and North Africa (MENA) seems to stumble from one security crisis to the other, leading to still ongoing wars in three countries (Yemen, Syria, Libya) and looming tension all over the region. How can we best untangle this knot of conflicts and grasp its roots and consequences?

Hiltermann: The knot that requires untangling is an analytical one. If we succeed, we gain greater clarity on the drivers and dynamics of the various crises and this would then open the way for approaches that might help de-escalate tensions rather than make things worse. Analytically, at least four historical fault lines are crisscrossing the MENA region: a governance crisis deriving from the establishment of post-Ottoman orders and borders; the Arab-Israeli conflict; Persian/Shia vs Arab/Sunni geopolitical rivalry; and intra-Sunni Islam conflicts of political ideology. These face constant eruptions, sometimes precipitated but almost always aggravated by external interventions. In some areas, such as Syria, these fault lines intersect, vastly complicating efforts to end the war. Once we understand a conflict’s various drivers, and how each conflict interacts with others in the region, we can design an overarching approach to reduce tensions between global and regional actors, and then address each conflict locally.

FES MENA: What does this analysis mean for policy responses from states outside the region (with a particular focus on European states)?

Hiltermann: Outside states with a stake in a stable MENA region can make matters worse through a combination of doing the right thing wrong and the wrong thing right. To start with the first, external actors will – rightly – support their ideological or geopolitical allies in the region, but often do so with minimal conditionality. This is particularly true for Western weapons, which local actors may use to violate human rights or in support of political agendas that contradict the donors’ interests. But it can also be true for humanitarian or development aid, namely if it is provided mainly to back an autocratic and corrupt regime because it helps “maintain stability”. As an example of the second, jihadi attacks in Europe or the U.S. may provoke military action that succeeds in suppressing the group responsible in MENA, yet aggravates the problem by ignoring the roots of jihadism in war and failing governance.

FES MENA: What alternative approaches are there to the common security/ stability discourse that western governments have nurtured over the past-decades, thereby strengthening autocratic regimes in the region and ultimately contributing to rising tensions?

Hiltermann: The biggest dilemma that Western governments face in the MENA is that the stability paradigm – supporting autocratic regimes because they provide stability – has signally failed to maintain a stable region, as the 2011 Arab uprisings have shown, and that the alternative is not clear. Ideally, support should come with conditions that would encourage governance and security sector reforms. But repressive regimes, intent on their survival, resist that sort of conditionality. They succeed in this because in the case of Egypt, for example, they are “too big to fail”: their collapse as a result of reforms that undermine the pillars of repression would harm Western interests (through refugee flows, for example) even more than the continuation of repression. To thread this needle, Western governments should focus on providing aid that has the greatest chance of benefiting the population while minimizing security assistance, unless it is strictly for national self-defense against external threat

FES MENA: It is often described that in comparison to similarly conflict prone regions, the Middle East is characterized by the absence of a regional peace and security architecture or an inclusive framework for regional dialogue. What could be possible steps or measures towards a more inclusive inter-regional dialogue on security issues?

Hiltermann: The intersecting nature of MENA conflicts and the multiplicity of conflict drivers and actors has raised the risk of inadvertent war through miscalculation or miscommunication. It is therefore imperative that states in the region, supported by outside actors, devise mechanisms for reducing tensions. This should happen through an inclusive region-wide process (which could start small, in a sub-region such as the Gulf) that seeks to open up channels of communication and encourage dialogue on issues of shared concern, such as maritime security or the impact of climate change. The initiative would have to come from inside the region, preferably from states that are not themselves involved in conflict but would suffer the consequences of a regional war. At the same time, European governments should engage actively with the United States to nudge it toward de-escalation with Iran, as their standoff is a primary contributor to current tensions in the region.

Joost Hiltermann is Program Director, Middle East & North Africa, at the International Crisis Group, before that, he was Executive Director of the Arms Division of Human Rights Watch (1994-2002) and database coordinator and research coordinator at the Palestinian human rights organization Al-Haq in Ramallah (1985-1990). He holds a PhD in Sociology from the University of California, Santa Cruz, and is the author of A Poisonous Affair: America, Iraq, and the Gassing of Halabja (Cambridge, 2007), and Behind the Intifada: Labor and Women's Movements in the Occupied Territories (Princeton, 1991).