Peace and Security in the MENA Region has facilitated trainings on human rights in places of detention for the Lebanese Armed Forces. 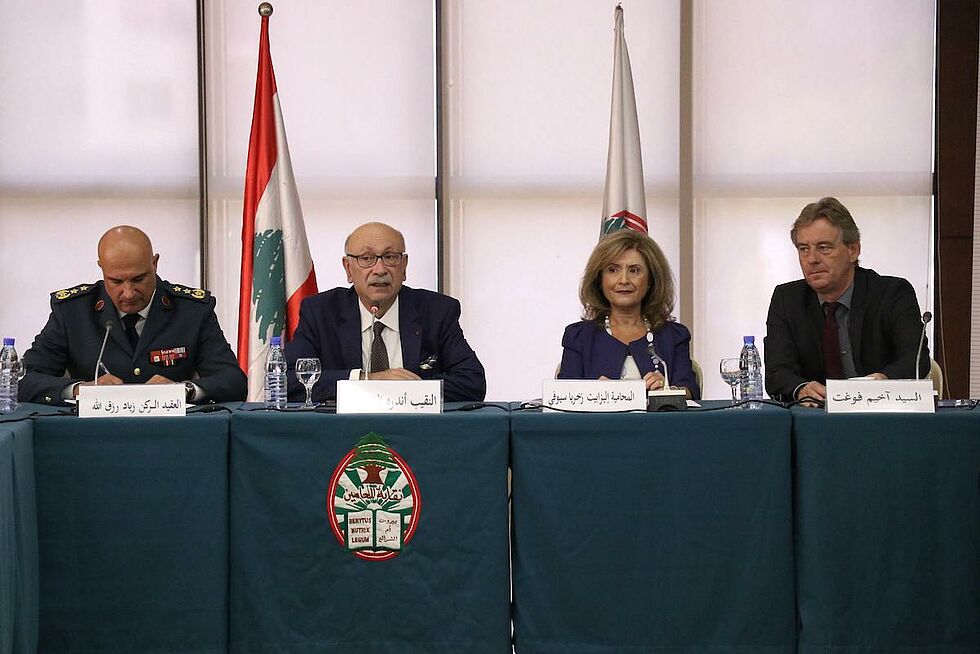 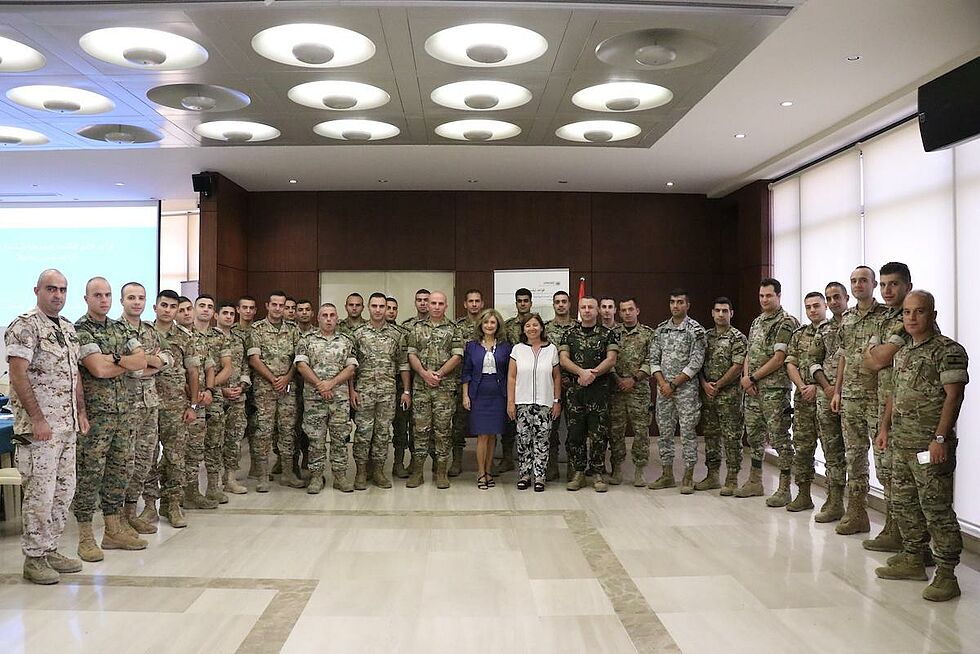 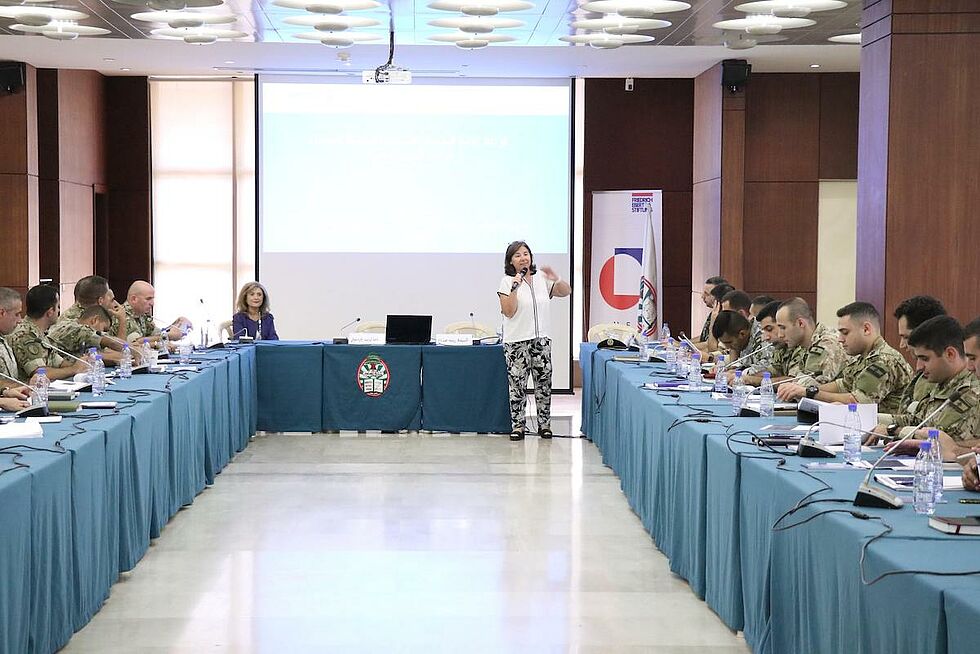 The Friedrich Ebert-Stiftung (FES) project on Peace and Security in the MENA Region has facilitated trainings on human rights in places of detention for the Lebanese Armed Forces.

In cooperation with the Human Rights Institute of the Beirut Bar Association, a long-standing partner of FES in Lebanon, two groups of around thirty mid-level army officers received training in October and November. As the army has to fulfill important tasks about public security during the challenging period that the country goes through, this training on human rights is now more relevant than ever.

The officers are trained by local judges and practitioners who are familiar with the specific Lebanese context. As such, the training is not just theoretical, but also practically applicable in their everyday work on the ground. The training was positively evaluated. Not only were the participating officers highly satisfied with the training, but they also expressed a desire to receive more training on such topics to continuously improve their knowledge and operations in the future.

The training for the Lebanese army is part of a series of trainings in the region. Security forces in Jordan, Tunisia and Yemen receive similar training in cooperation with local partner organizations. Through these trainings, the project aims to contribute to advancing democratic elements within the security sector and to integrate members of civil society into the discourse with security forces throughout the MENA region.