The meeting was attended by 10 leaders representing 8 domestic workers’ groups from the MENA region. From the 10 leaders, 9 are MDWs (8 females and 1 male) and 1 is an organizer and migrant worker. 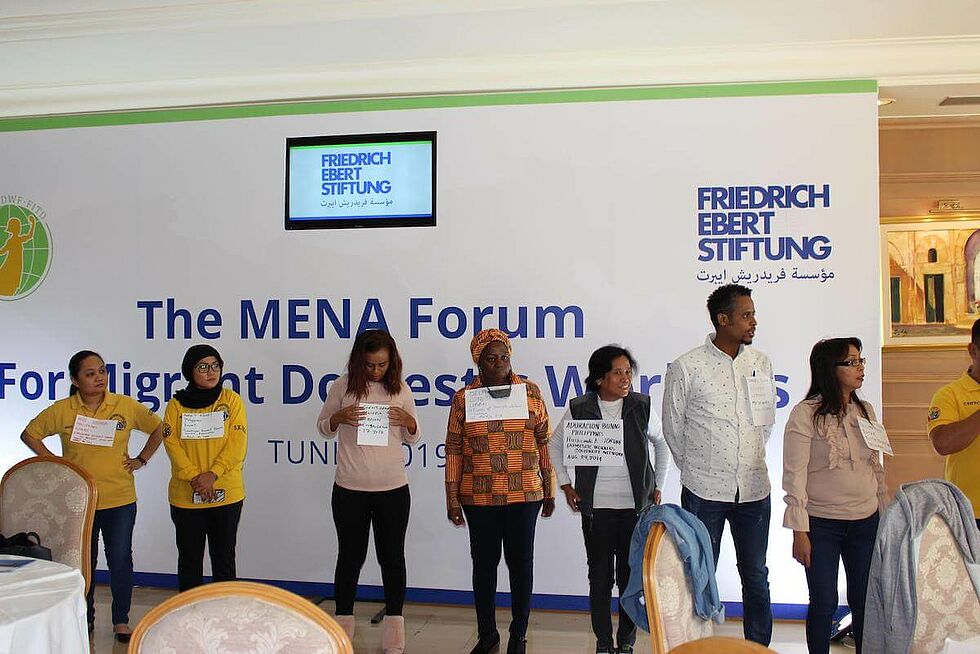 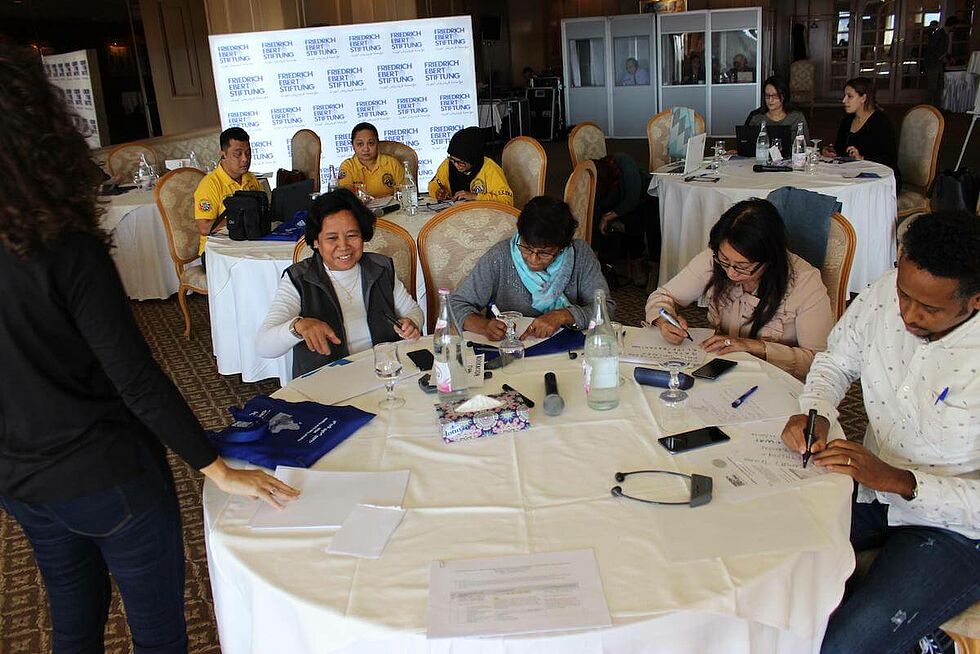 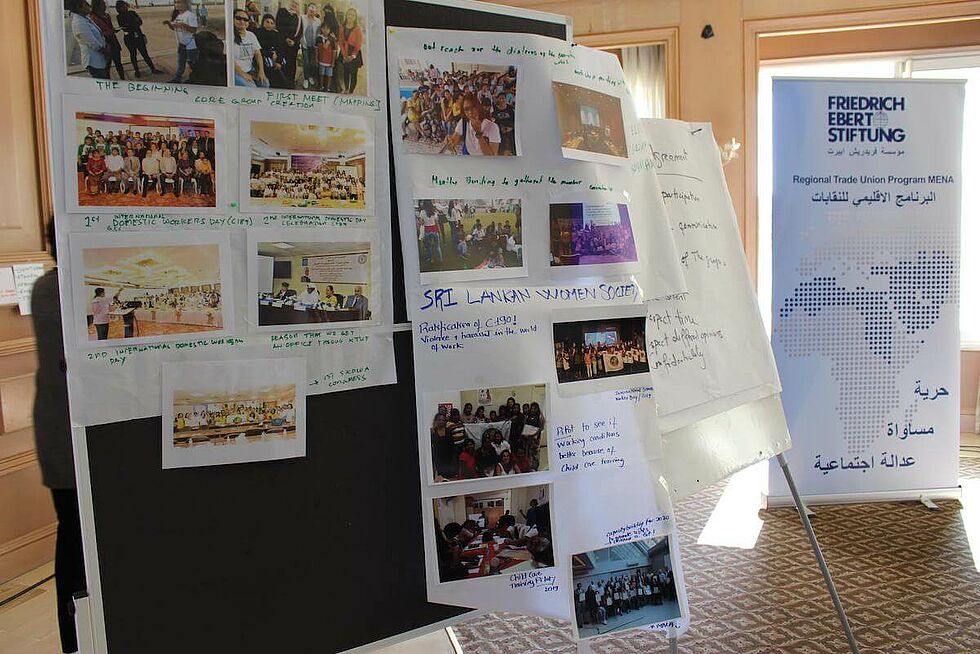 The International Domestic Workers Federation (IDWF) and the Friedrich-Ebert-Stiftung (FES) held the regional meeting for the Migrant Domestic Workers (MDWs) in the MENA region in Tunisia between 29th of November and 1st of December 2019.

The meeting was attended by 10 leaders representing 8 domestic workers’ groups from the MENA region. From the 10 leaders, 9 are MDWs (8 females and 1 male) and 1 is an organizer and migrant worker. The groups represented MDWs from Sri Lanka, Ethiopia, the Philippines and multinational groups for MDWs in Lebanon, Jordan, Kuwait and Qatar.

With this regional meeting FES gives space for a majority of women MDWs’ leaders working in the Middle East Region to meet in one place and share and learn from each other their organizing successes and how they overcome organizing challenges. The IDWF and the FES aims to facilitate an exchange of knowledge and experiences of MDWs’ leaders in the MENA region by having a MENA Regional Meeting for MDWs.

“Our main objective from this meeting at the FES and IDWF was to allow MDWs from the MENA region to share experiences in organizing, legal environments, challenges and advocating for their rights to provide them with new ideas for their organizations’ work.” Said Merin Abbass, the director of the Regional Trade Unions Program at FES MENA.

The regional meeting also aimed to achieve the FES objective of pushing for “the social and economic human rights” to be “increasingly adhered to worldwide” since the organizing of MDWs’ aims at ensuring that the labor rights of domestic workers are protected and the implementation of the “Decent work agenda” is advancing.

May Abu Samra, the regional coordinator at IDWF MENA talked in the meeting about the context of MDWs conditions in the MENA region. “There are more than 3 million MDWs in the MENA region. MDWs are often excluded from labor laws, leaving them little protections when faced with overwork, withholding of wages, the confiscation of passports, and abuse. The majority of MDWs in the region are beholden to the Kafala or sponsorship system, in which a migrant worker’s immigration status is legally bound to an individual sponsor for their contract period. The migrant worker cannot enter the country, transfer employment nor leave the country for any reason without first obtaining explicit written permission from their sponsor.” Abu Samra explained.

The meeting allowed the leaders to discuss their organizing strategies and successes, how they overcome organizing challenges, the advocacy campaigns they undertook and their 2020 objectives During the sharing of experiences, leaders discussed whether what is being presented could be implemented in their context. Some said that certain experiences could not be incorporated by their groups due to the different contexts they live in, and the security concerns they might face.

Following the meeting, several leaders expressed the need to share the information they got during the regional meeting with their groups members back home to discuss how they could organize more efficiently. Additionally, the leaders identified the gap in linkages with trade unions and domestic workers’ groups in the countries of origin, which will be followed up upon following the meeting. Consequently, the new knowledge and strategies on organizing that leaders learned and will share and implement in their groups, and the future linkages that will be formed with the countries of destination, will surely “improve their level or organizing.”