A regional conference on Power Sharing Arrangements in the Middle East and beyond. 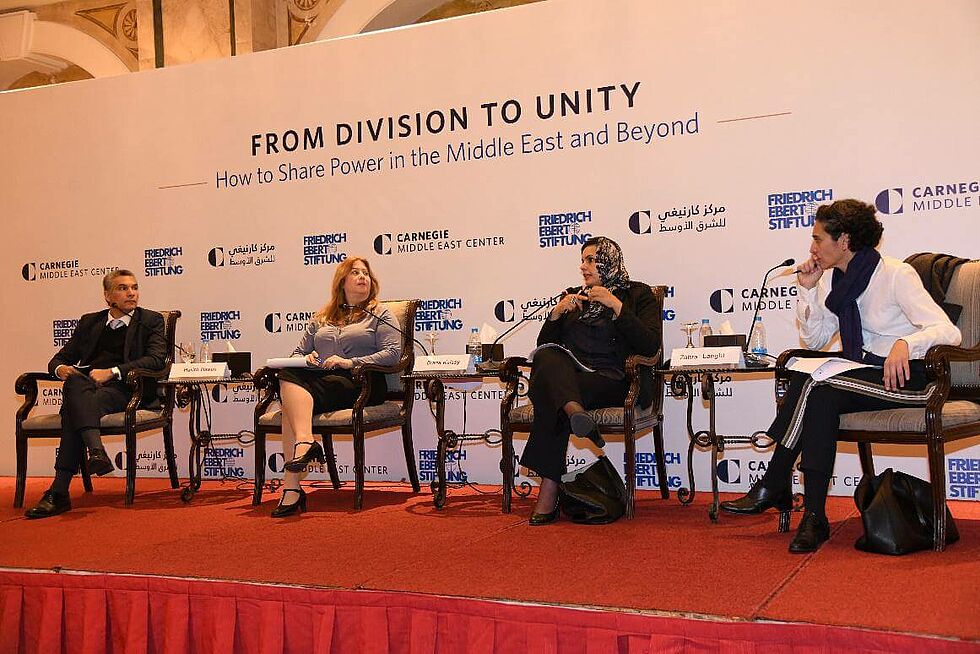 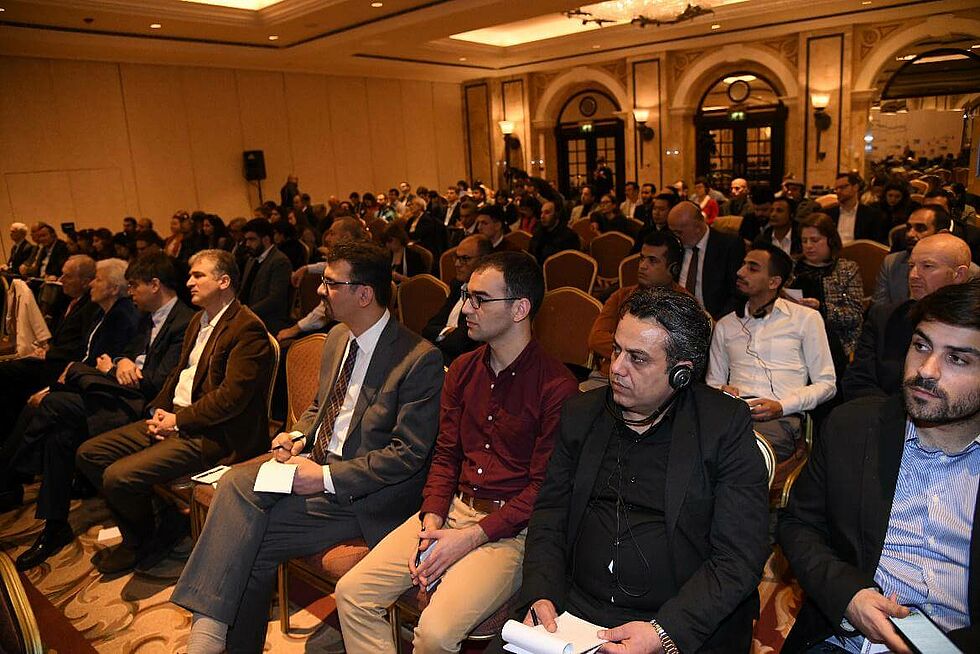 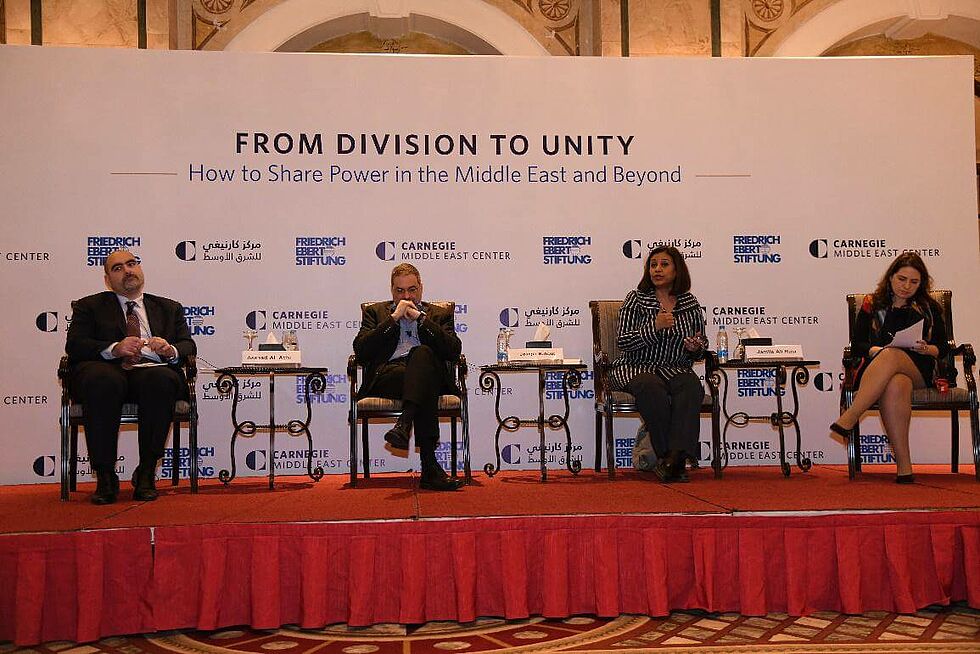 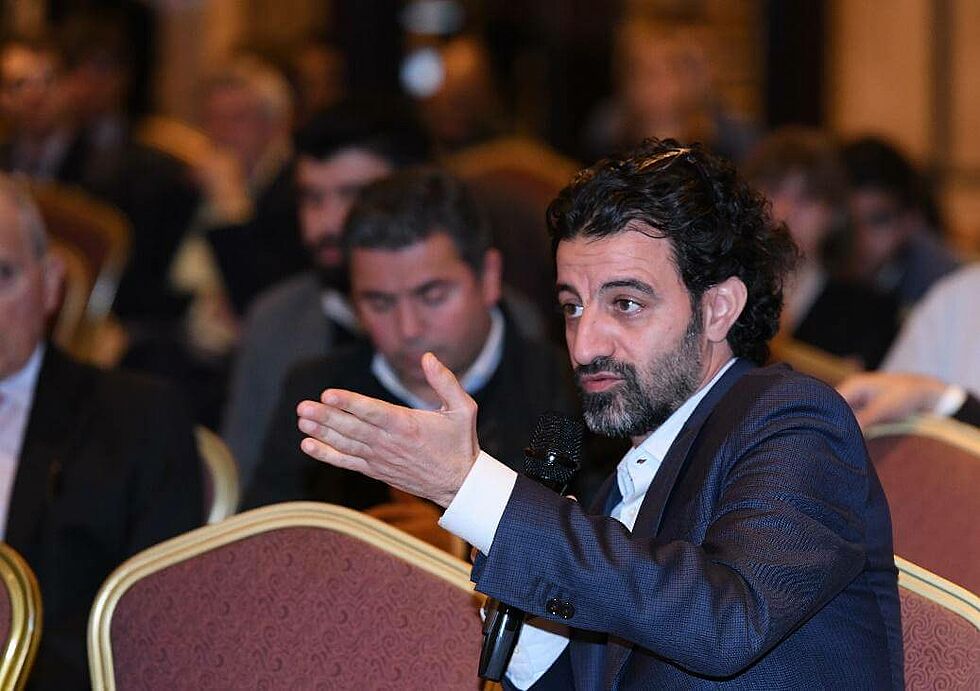 The FES Regional Peace and Security Project in the MENA Region gathered around 150 members of civil society, academia and the interested public from the region on March 4 and 5, 2019, for a two-day conference in Beirut on Power Sharing in the Middle East and Beyond.

The aim of this public conference, which was organized in cooperation with the Carnegie Middle East Center, was to discuss different theoretical models of Power Sharing and test them on applicability for the various (post-) conflict countries in the region under the assumption that adequate political and economic representation is crucial to end violence and to open the way for a peaceful dialogue in most cases.

The second panel focused on lessons to be learned from the Lebanese sectarian model of Power Sharing for countries which are still in ongoing conflict like Syria and Yemen. Here the speakers particularly highlighted the role of local actors, especially in Syria. They added that Power Sharing, if at all, can be only started on the municipal level, not the national. In the context of the Yemeni conflict, it was argued that marginalized and unarmed groups like women, youth and civil society organizations need to be included on the negotiation table as a new concept of Power Sharing for the traditional elites. One speaker highlighted that Lebanon could be a role model for the region, giving the long lasting history of its Power Sharing arrangements. Power Sharing, however, must not be mistakenly confused with democracy as the former acknowledges the interests of groups while the latter emphasizes the rights of the individual.

The third panel focused on the role of (natural) resources as drivers of conflicts and as spoilers of Power Sharing. It was highlighted that Power Sharing must not only take place on a political level but consequentially means sharing wealth and the access to resources. In those terms, the involvement of civil society organizations in the distribution of wealth was mentioned as crucial.

The second conference day opened with a panel on Power Sharing beyond the Middle East. Here speakers presented three different cases of conflicts (Bosnia and Herzegovina, Sri Lanka and Afghanistan) in which Power Sharing plays an important role for their resolution. All speakers were critical of the role of external actors and especially the international community, be it through the Dayton accord in Bosnia or Norwegian peace brokering in Sri Lanka, in setting up sustainable and lasting Power Sharing arrangements.

The last panel of the conference took up this topic and focused on the role of regional and international actors in the Middle East, mainly Iran, Saudi Arabia, Turkey and international institutions like the UN. It was argued that for those actors, there is often a rationale that is related more to their own domestic politics rather than regional politics which makes them intervene in internal conflicts elsewhere. Talking about Power Sharing arrangements in post-conflict contexts, the question remains whether in the end the actual Power Sharing is done by regional and international rather than local actors and how those local actors can be brought on the table.